Seitan and how to use in a meal 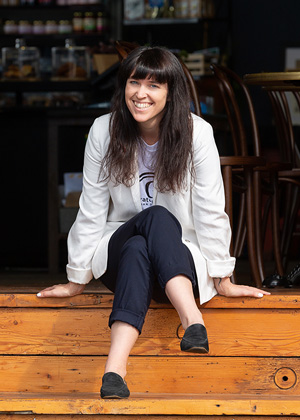 Flip Grater has been dedicated to making delicious vegan food for upwards of two decades, as well as writing about it in travel and cooking journals and her vegan cooking and parenting blog. While not cooking she has pursued a successful career as a singer/songwriter, with five albums under her belt and multiple international tours. She has two travel cookbooks out – The Cookbook Tour & The Cookbook Tour Europe, and owns and operates Grater Goods vegan deli with her husband Youssef.