The connection between exploiting animals for food and animal testing 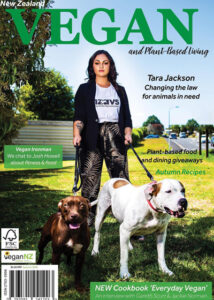 Tara is also the founder of the popular online resource A Guide to Vegan, where she spends her spare time promoting vegan-friendly products, recipes and restaurants to make veganism easier for people living in Aotearoa. She has been vegan for about eight years and was vegetarian for many years before that.